Introduced as an ornamental plant probably during British period* and now escaped and naturalized mainly in dry lowlands. It is a native plant of Central and to islands. 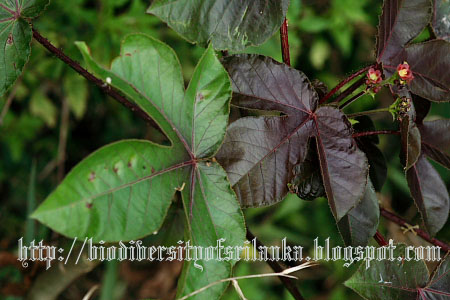 *A specimen available at Peradeniya herbarium collected from the gardens there in May 1887 by some unknown collector. [Flora of Sri Lanka Vol XI]
Posted by Bushana at 7/30/2012 07:22:00 AM 1 comment: 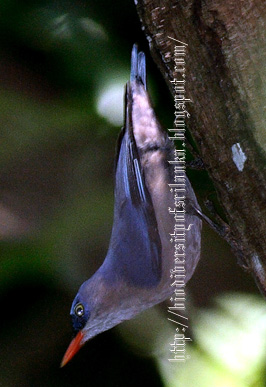 Rather uncommon breeding resident of forests and adjoining well wooded home gardens throughout the island, primarily in wet zone and riverine habitats of dry zone while much common in the hill country. It is very active bird and can be seen usually running up and down about tree trunks and branches of trees in searching insects that hide beneath barks. It keeps in pairs and breeds during January to May. The nest builds inside a natural cavity or abandoned nest-hole of a barbet in a tree where it lays 3-4 eggs.
Posted by Bushana at 7/28/2012 07:17:00 AM No comments: 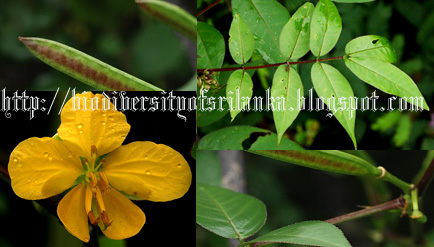 Common indigenous weed in scrublands, road sides and waste places in the low country. Seeds are used as a substitute for coffee and leaves and other parts of the shrub are used in medicinally. 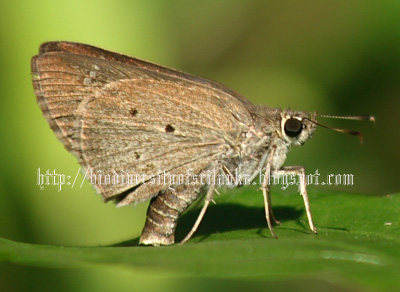 Common insect of all zones up to about 1500m a.s.l. while more common in lower elevations especially in coconut plantations. Its larva feeds on varies plants of family Poaceae (Gamage R., 2007). However both Ormiston (Ormiston W., 1924) and Woodhouse (Woodhouse LG.O., 1950) noted coconut and other palms as its food plant. Specimens from the hills are much darker than those from the lowlands.
Posted by Bushana at 7/24/2012 07:31:00 AM No comments: 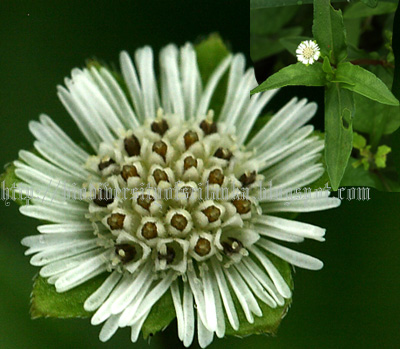 Very common breeding resident found in paddy fields, marshes, grasslands and garbage dumps in lowlands and lower hills, usually associated with cattles and buffaloes. Its association with cattles mainly to catch grasshoppers and other insects, frogs and lizards etc. that are disturbed by the cattles as they move about. It also feeds on ticks, leeches and flies inhabiting the hide of the beast.  Cattle egrets roosts as flocks in trees. The breeding season is from December to May and it breeds in colonies placing its nest on a trees growing in water. According to the Deepal Warakagoda large number of winter migrants also arrive to the island during migarate season (Warakagoda D. et.al., 2012)
Posted by Bushana at 7/20/2012 07:38:00 AM No comments: 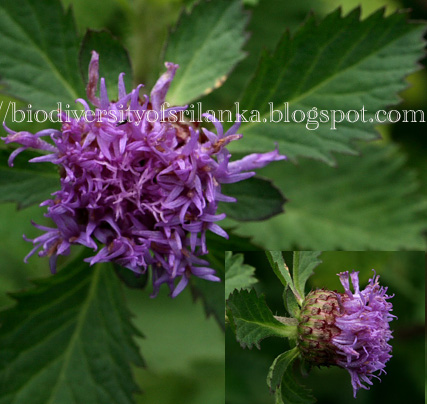 Brazilian button flower is probably a recently naturalized plant common in waste places and roadsides in lowlands and higher hills. (de Vlas J. & J., 2008) A native of tropical .
Posted by Bushana at 7/18/2012 07:15:00 AM No comments: 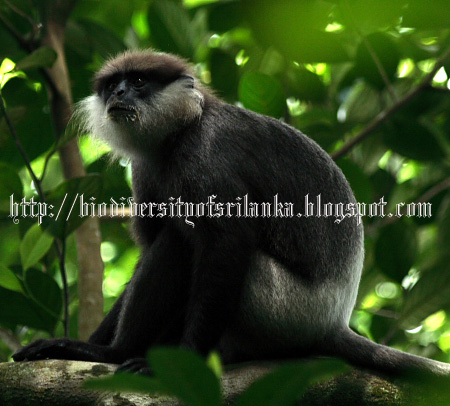 Purple-faced Leaf Monkey is widely distributed in forests, villages and sometime even in urban areas where there are tall trees with abundant food sources (Such as jak fruit,Mango, etc.) throughout the island excluding northern peninsula. Four different subspecies have been identified and Walas wadura or Bear Monkey (T.v. monticola) inhabiting central mountain region of the country is larger than two of other lowland supspecies (Southern Purple-faced Leaf Monkey [T.v.vetulus] found south of the Kalu river to about Ranna of Hambanthota district  while Balangoda being the north-eastern limits and Western Purple-faced Leaf Monkey [T.v. nestor] of the south western wet zone, Kalu ganga being the southern boundary and inland lower hills towards the Kandyan hills). Northern purple-faced Leaf Monkey (T.v.philbricki) inhabiting in northern areas of the island while Mahaweli valley being its southern and eastern boundary is the largest of the four subspecies . It generally found in small groups under dominant alpha male with several females and young, sometime up to about 30-40 individuals. In most areas it is very shy and never approach people and disappears to the jungles once the presence of man is detected. It feeds mainly upon the leaves, flowers and fruits and seeds of the trees. Possibly they may eat insects and tree frogs (Phillips W.W.A., 1980). Other than man who hunts it for flesh and skins, its only enemy is the leopard. The albino or semi-albino individuals are(were) not uncommon among all subspecies.
Posted by Bushana at 7/16/2012 06:54:00 AM No comments: 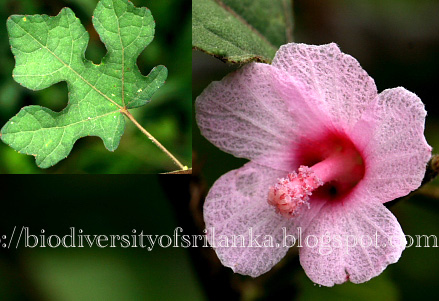 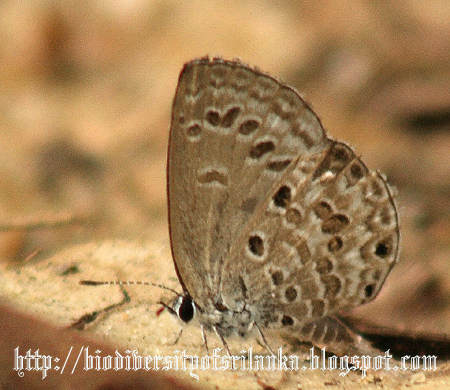 Common butterfly found in all elevations of the island throughout the year, while abundant during the north-east monsoons. Lime Blue is a migratory species. It is subject to some seasonal variation and in both sexes the dry season and wet season forms vary in size and in the shade of blue on the upper side of both wings. Larva attended by Red Ants and feeds on Divul [දිවුල්](Limoniaacidissima) and various other plants of the family Rutaceae.
Posted by Bushana at 7/12/2012 10:58:00 PM No comments: 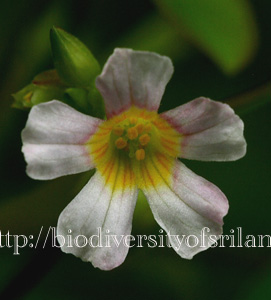 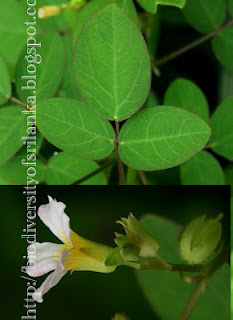 Introduced plant from its native tropical and subtropical to and now naturalized in moist shady places, usually along roadsides in wet zone lowlands and hill country. Flowering throughout the year.
Posted by Bushana at 7/11/2012 07:11:00 AM No comments: 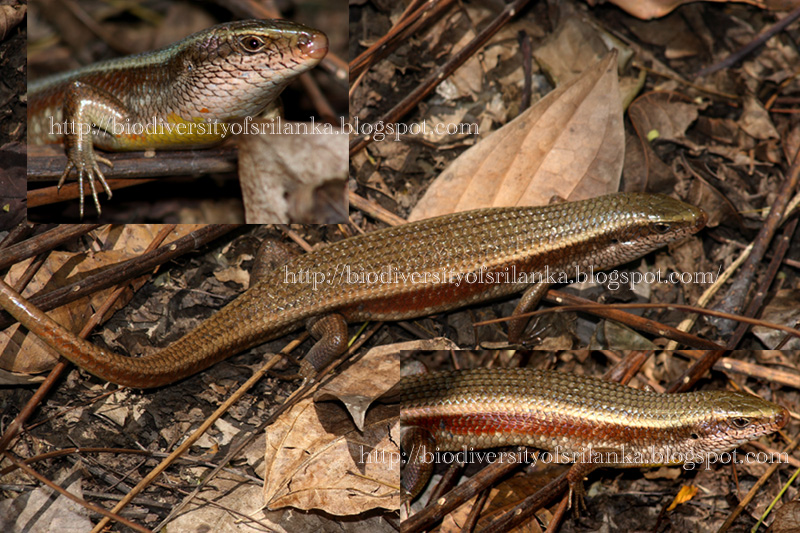 Common Skink  is a common lizard found in home gardens, plantations and open areas from lowlands to about 1000m a.s.l. It is the largest Eutropis species of the . It is diurnal and terrestrial in habits and feeds on grasshoppers, beetles, earth worms and sometime even on small frogs and reptiles. It can be usually seen basking on rocks and walls sometime as pairs.
Posted by Bushana at 7/09/2012 07:13:00 AM No comments: 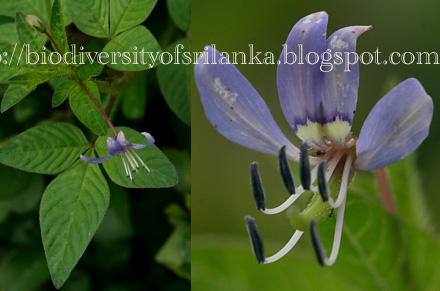 Common introduced weed in wastelands, roadsides and gardens. It is native to tropical . Sometimes pink or white flowers can be occurred.
Posted by Bushana at 7/07/2012 08:38:00 AM No comments: 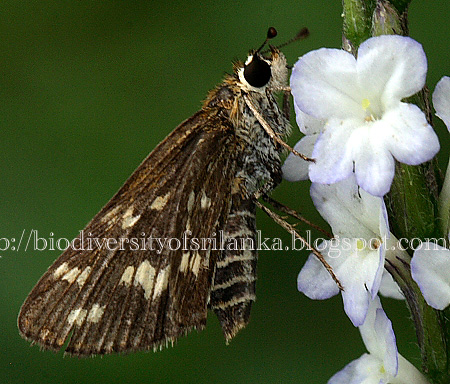 Common butterfly found in all elevations up to about 1500m a.s.l. It is so small so that which can be easily overlooked as a house fly. Its larva feeds on varies plants of the family Poaceae.
Posted by Bushana at 7/05/2012 07:37:00 AM No comments: 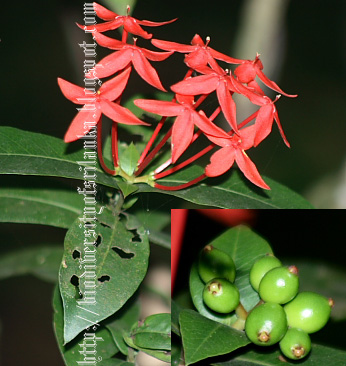 Very common indigenous tree found in forest margins and scrublands of the low country. Also in forest understory and cultivates in home gardens as an ornamental plant. Flowering throughout the year. Whole plant use by traditional medicinal practitioners.
Posted by Bushana at 7/03/2012 04:09:00 PM 3 comments: 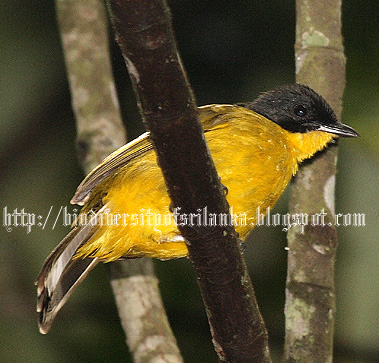 Black-capped Bulbul is a locally common endemic bird of forests, well wooded areas and adjoining home gardens from lowlands to mid hills, while more common in wet zone and riverine habitats of the dry zone. It lives as pairs or small family parties. Its food mainly consists on fruits, berries and insects. The breeding season is from March to April and again in August-September. The nest is a small cup well concealed among foliage of a low bush or small tree.
Posted by Bushana at 7/01/2012 06:11:00 AM No comments: