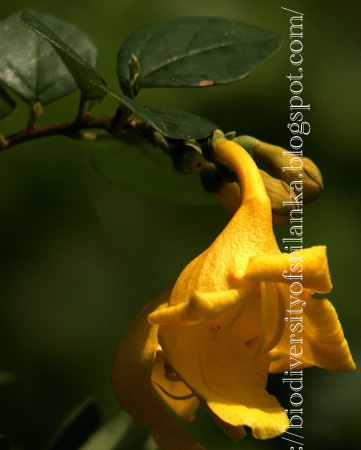 An indigenous shrub common in low country dry zone. Its fruits edible and roots and leaves are used as remedies for varies illnesses.  Flowers appears from March to September.
Posted by Bushana at 3/31/2012 06:55:00 AM No comments: 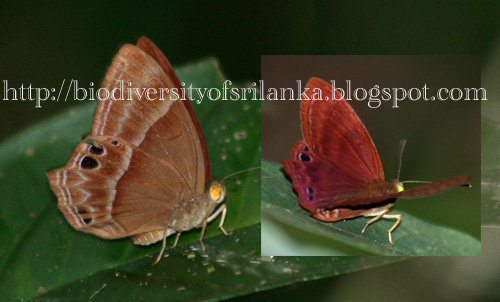 Locally common butterfly of low country jungles up to about 1200m a.s.l. It usually settles on a leaf few feets above from the ground during the day time and become active during the evening. It has a quick jercky flight which resembles the butterflies of family Hesperiidae. Its food plants are Balu dan/Lunu dan (Ardisia elliptica) and Heen velagasahal (Embelia tsjeriam-cottam) of family Myrsinaceae.
Posted by Bushana at 3/29/2012 07:08:00 AM No comments: 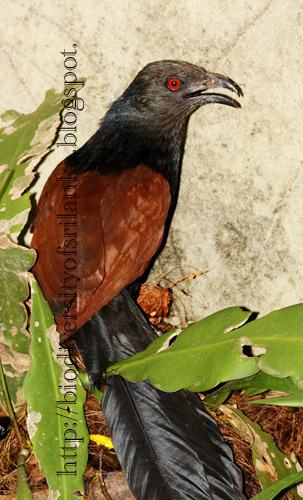 Common breeding resident of home gardens, cultivations, scrublands, forest edges of wet zone and dry forests throughout the island. It is a ground feeder and food consist of almost any animal which is small enough to tackle such as snails, lizards, insects, frogs, small snakes, eggs and nestlings of birds etc. It hunts solitarily or as pairs. It appear to be pair for life time and when feeding keep contacts with each other with call which sound like hoop oop oop .... Breeding season is from February to September and again from October to December. It lays two or three eggs in a domed nest concealed in deep cover in thorny bushes or crown of a palm.
Posted by Bushana at 3/27/2012 07:04:00 AM 5 comments: 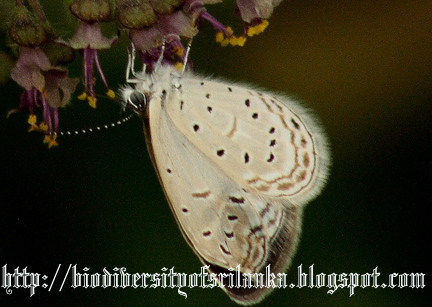 Rather rare butterfly found in lowlands to about 1000m elevations. Larva feeds on various plants of family Acanthaceae and Fabaceae. Sometimes larvae are attended by ants.
Posted by Bushana at 3/25/2012 08:25:00 AM No comments: 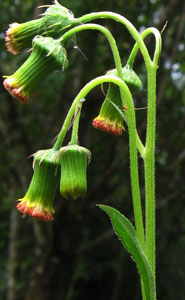 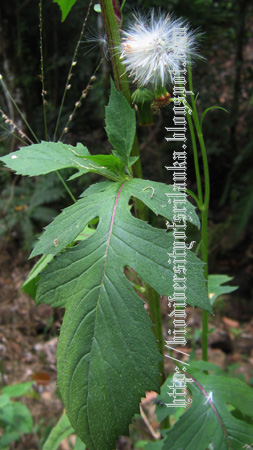 Widespread introduced weed of roadsides, waste lands and scrub-lands throughout the island. It is a native plant of tropical .
Posted by Bushana at 3/23/2012 07:22:00 AM No comments: 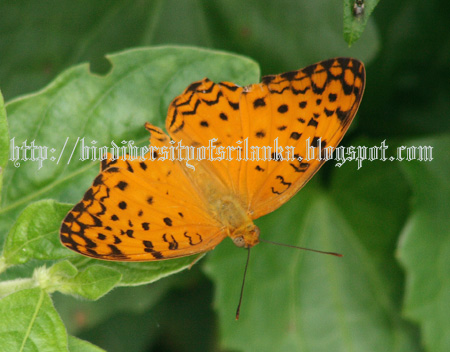 Common butterfly occurs in open areas close to the jungles, and scrub lands from sea level to about 6000ft a.s.l. Larva feeds on Kara (Canthium coromandelicum), Keta embilla (Dovyalis  hebecarpa/Ceylon gooseberry), Flacourtia (S: Uguressa) and Smilax (S: Kabarossa) species. Common leopard is a migratory species and sometime it swarms on wet patches on the roads in the low country dry zone.
Posted by Bushana at 3/20/2012 11:48:00 PM No comments: 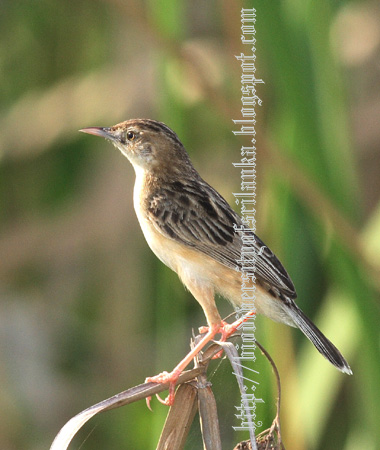 Common resident bird in tall grasslands, marsh lands, tank edges and paddy fields throughout the island from sea coast to higher hills like Horton plains national park. It feeds manly on insects like grasshoppers. Breeding season last from March to April and July to September. It build  a nest a cylindrical pocket with a small circular opening at the top well hidden among middle of a tussock of grass and lays three or four pinkish white eggs.
Posted by Bushana at 3/19/2012 07:37:00 AM No comments: 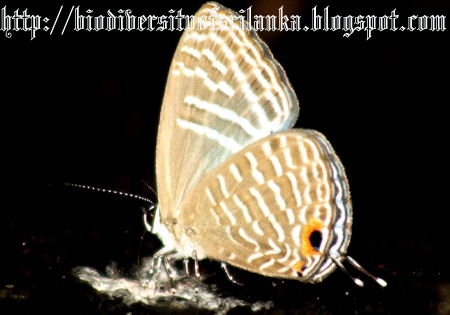 Common in all elevations of the island in all the year round. But rare in the North. It is considered as a pest of Cardamom plantations since its larva feeds on fruits and flowers of Cardamom or Enasal (Elettaria cardamomum) of family Zingiberaceae. Another plant of family Zingiberaceae - Amba kaha (Boesenbergia rotunda) is also a food plant of this butterfly in its larva stage.
Posted by Bushana at 3/17/2012 08:30:00 AM No comments: 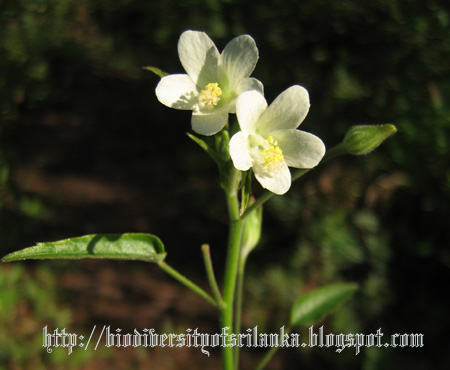 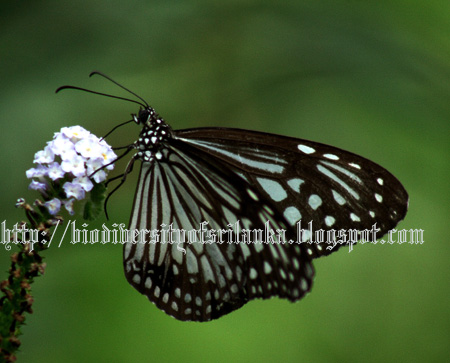 Common at all elevations of the southern part of the country in all the year round while much plentiful during Northeast monsoon period. Scarce in the northern parts of the island. Larva feeds on Wara (Calotropis gigantean) and Tylophora species of family Asclepiadaceae and Wal-ruk-attana (Cryptolepis buchananii) of family Periplocaceae. According to the D’Abrera it  is a slow and low flying insect not rising more than 5 or 6 feet above the ground usually, and then only when the temperature is not too hot (The Butterflies of Ceylon - D'abrera 1998)
Posted by Bushana at 3/13/2012 05:45:00 AM No comments: 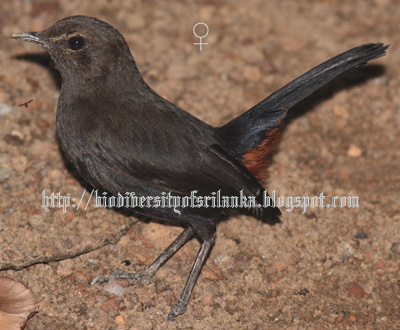 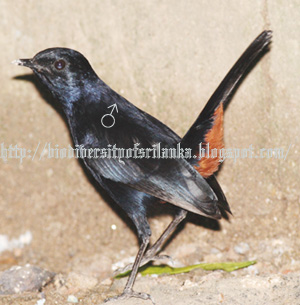 Common breeding resident of drier open areas of the dry zone while rare and local in the wet zone up to mid hills. It prefers gardens, cultivation and scrub lands and avoids heavy forest areas. Indian Robin lives as pairs and feeds actively on ground in searching insects.  The breeding season is from March to September and it builds its nest in a hole of a bank, tree-trunk or sometime in a cavity in a building where it lays 2-3 eggs. 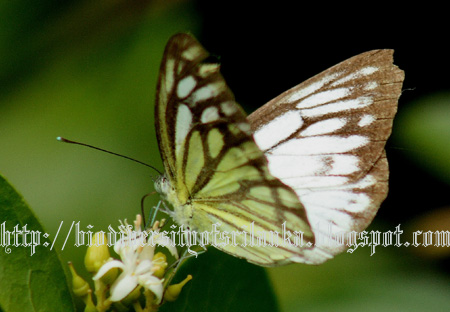 Common in low country drier parts throughout the year but can be seen all over the island including higher hills during the migration period. Sometimes it may be seen settled in hundreds on mud or wet sand to absorb minerals.  Its larva feeds on varies Capparis species of the family Capparaceae such as Capparis zeylanica (Sudu Welangiriya), Capparis sepiara.etc.
Posted by Bushana at 3/09/2012 07:11:00 AM No comments:

Native woody climber of South- East Asia and . Introduced and cultivated in Sri Lankan home gardens as an ornamental plant.
Posted by Bushana at 3/07/2012 12:56:00 PM No comments: 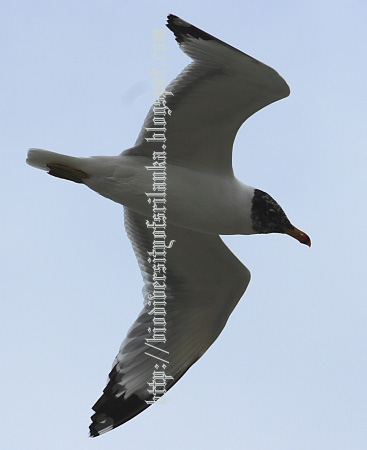 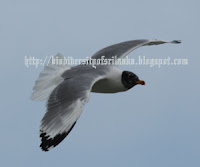 Common winter migrant to the lagoons, sand spits and tidal flats of Northern and North-western coastal areas.  Its food mainly consists of fish but also feeds on any small animal it can catch and also carrion. Though usually encounters as solitary birds during November to April period, sometimes large flocks of several hundreds resting on sand-spits or tidal flats can be observed. It breeds in and .
Posted by Bushana at 3/05/2012 07:38:00 AM No comments: 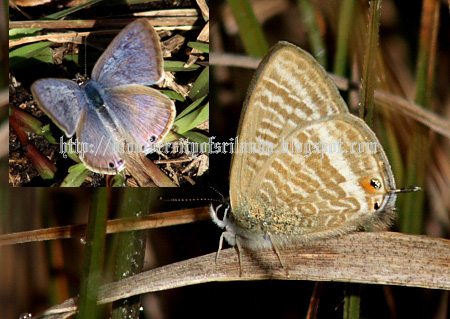 Common butterfly in all over the island in all the year round. It is a migratory species and it varies greatly in size, dwarf forms being very common. This butterfly lays its eggs at the base of the flowers of certain plants of family Fabaceae and when the larva hatches it burrows into the flower and so into the pod, on the seeds of which it feeds until it reaches its next stage of the life cycle. It is considered as a pest due to larva feeding on some cash crops such as peas and beans.
Posted by Bushana at 3/03/2012 07:26:00 AM No comments: 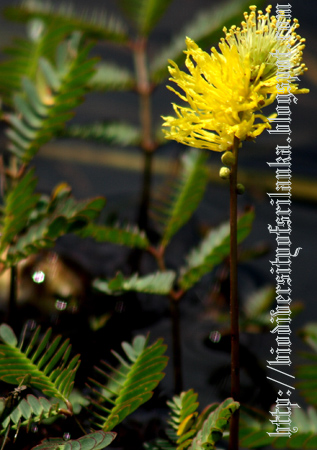 An aquatic herb with floating stems and sensitive leaves, found in tanks and ponds in the dry zone lowlands. Young ends of stems and pods are edible and sometimes eaten as a vegetable. Juice of the stem and roots are used for medicinal purposes.