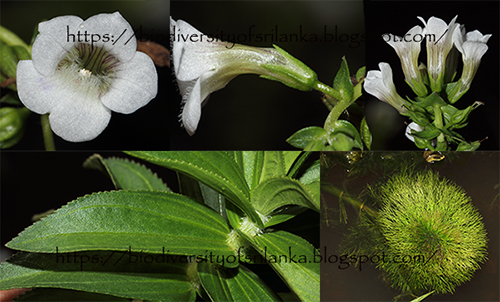 An indigenous herb common in marshy ponds, margins of tanks, flooded paddy fields in wet and dry lowlands. Flowering from March to December.
Posted by Bushana at 5/06/2021 07:46:00 AM No comments: 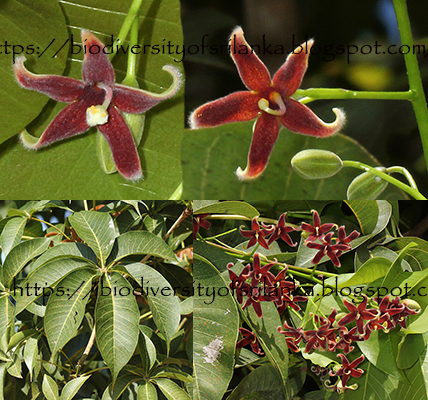 An indigenous tree of woodlands, meadows, relicts in grasslands, water edges, bare rocky hillsides and outcrops with grassy pockets from lowlands to about 360  m elevations,  particularly in dry areas.

An indigenous tree grows in primary rain forests, on streams and river banks and occasionally in secondary forests of the wet zone from sea level to about 450 m a.s.l. Flowering throughout the year. Wood used to make furniture and in light construction. Fruit medicinal.
Posted by Bushana at 5/03/2021 11:58:00 AM No comments: 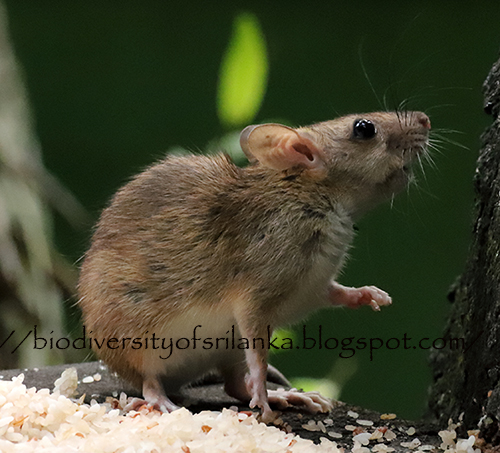 A very common large rat distributed throughout the island as five sub species. It inhabits areas near human habitation because of the availability of food from household wastes. But it is not uncommon in jungles and open country. It is an omnivorous and mainly feeds on grains and vegetable matters, but also eat meats, dried fish, etc. as well as eggs rob from nests of birds when available. Common House Rat is one of the most prolific mammal and normally a female which commences to breed when she is about 5 to 6 months of age, produces 4 to 5 families each year, each family numbering 3 or 4 young ones, but some time as many as 8. The nest is a collection of grass, straw, fibers, pieces of rags or paper or any other suitable materials gathered together and secreted in some convenient spot such as beneath a rock, log or the root of a tree or if in a building, in or behind a box or in some dark corner in the roof. It is a good climber as well as a swimmer. Common House Rat is usually a solitary mammal except during the breeding season, though sometime several of them can be seen in garbage dumps and such other places where its foods are abundant. It is normally active during the night though sometime can be observed even during the day time if it is undisturbed. 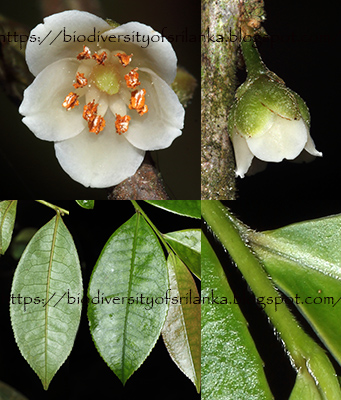 An endemic shrub common in the wet montane forests. Flowering and fruiting throughout the year. 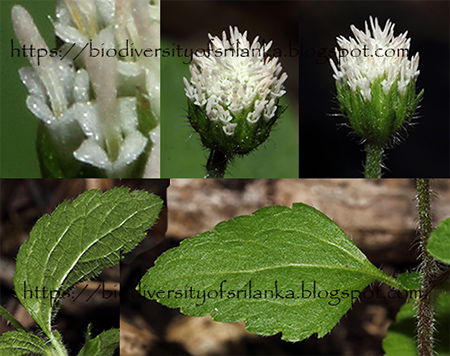 Rather rare native herb grows in moist places in the hill country forests. Flowering throughout the year. 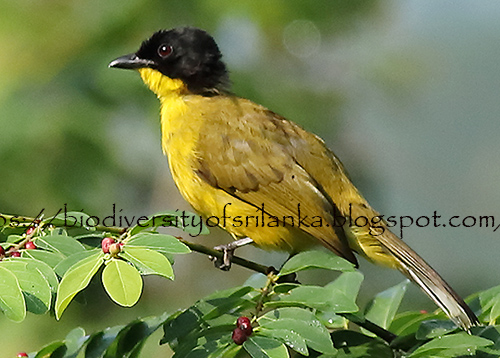 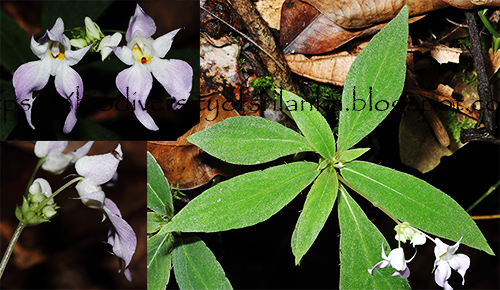 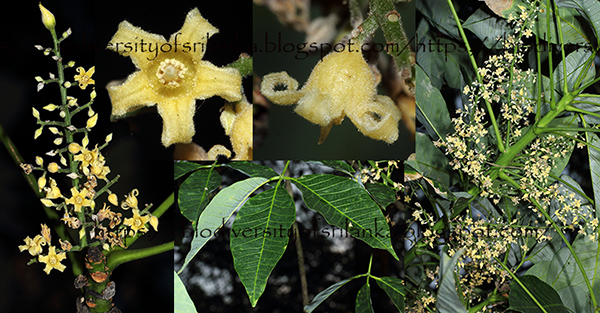 Native tree of South America, introduced to Sri Lanka in 1876 by the British colonial rulers. Since then widely cultivated in plantations for the the milky latex extracted from the tree. Which is the primary source of natural rubber. 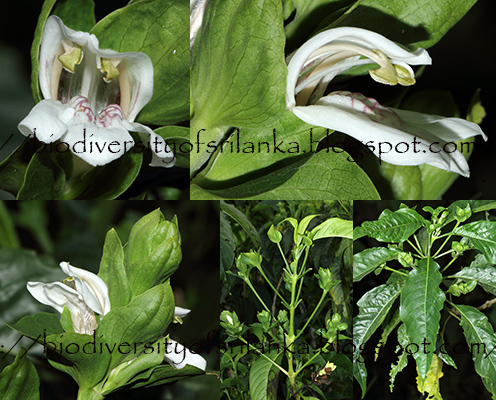 Common native shrub cultivated as a hedge plant and occasionally on borders of paddy fields in the low and mid country. Widely used in traditional and Ayurvedic medicine as a remedy to cough, asthma, phlegm and fever with several other plant elements.
Posted by Bushana at 4/02/2021 08:25:00 PM No comments: 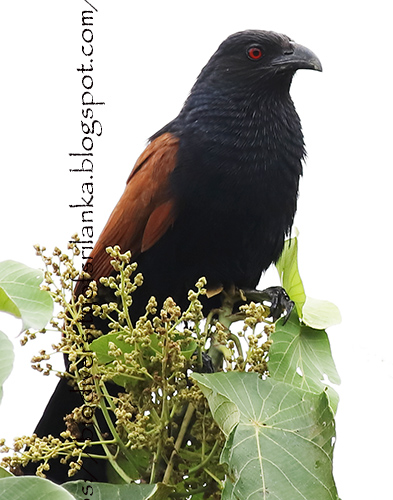 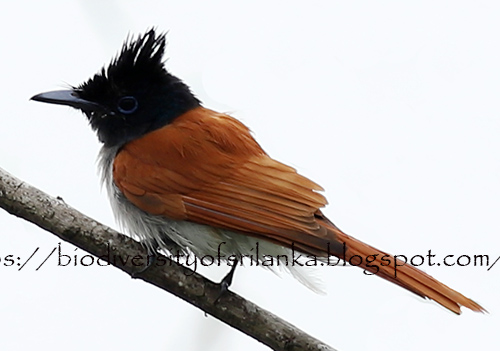 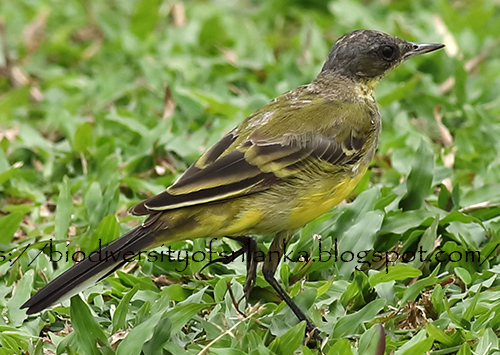 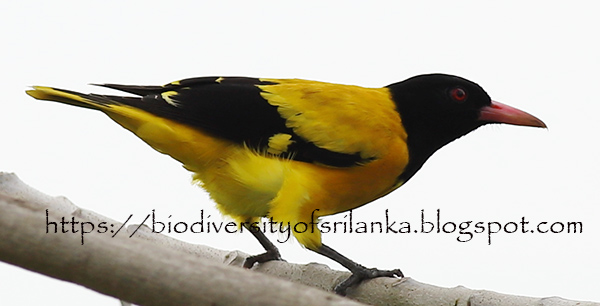 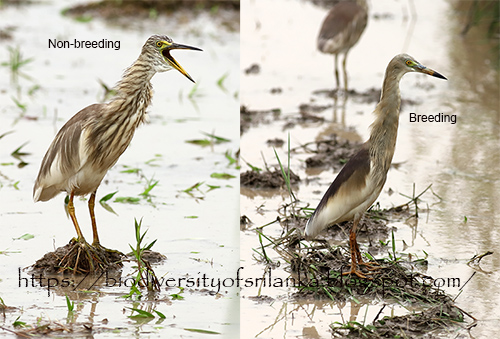 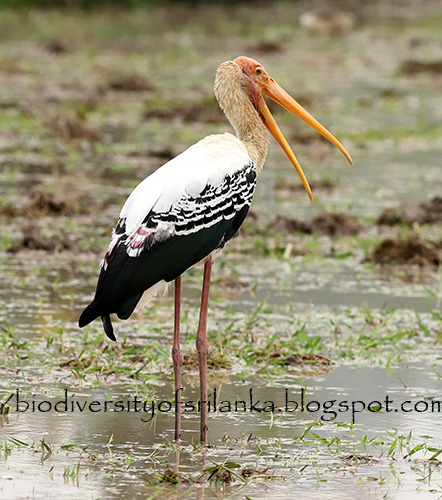 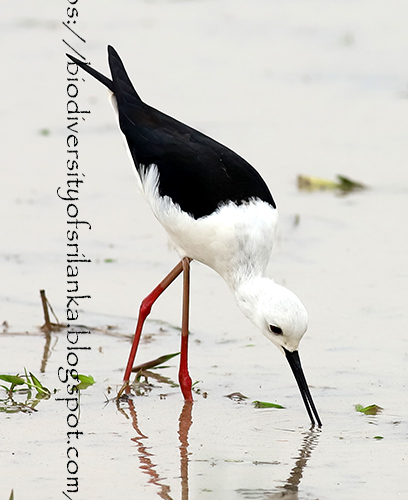 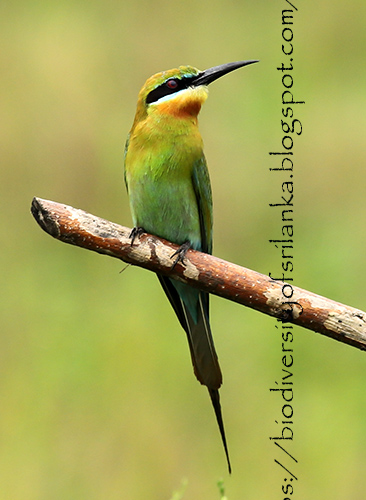 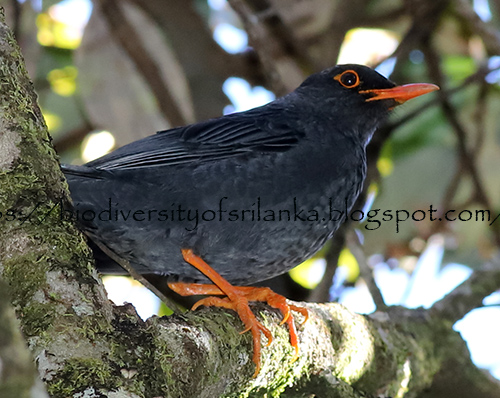 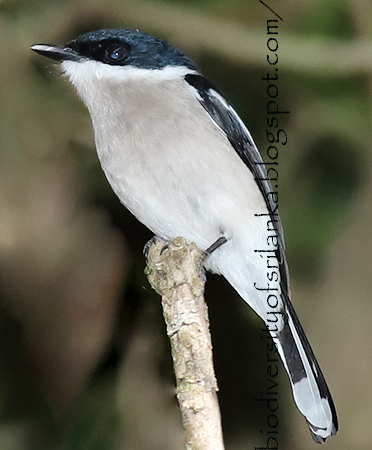 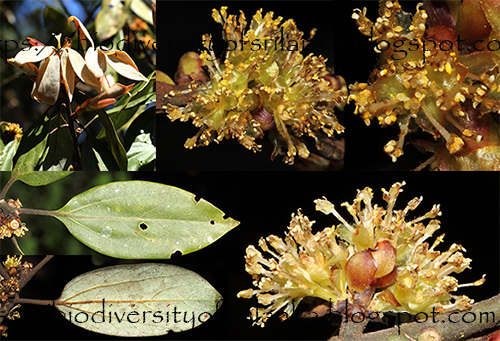 An endemic tree very common in upper montane zone from 1500 to 2500 m elevations. 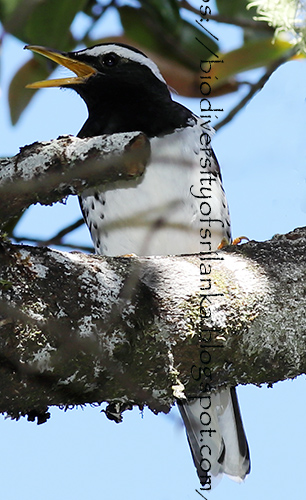 Rather uncommon winter migrant to forests, ravines and well -wooded gardens in the mid hills and above, arriving in October to November and leaving back to its breeding grounds in the Himalayas about March. Pied Thrush mainly feeds on insects on the ground, turning over the leaves beneath the undergrowth. It also eats berries of tall trees. 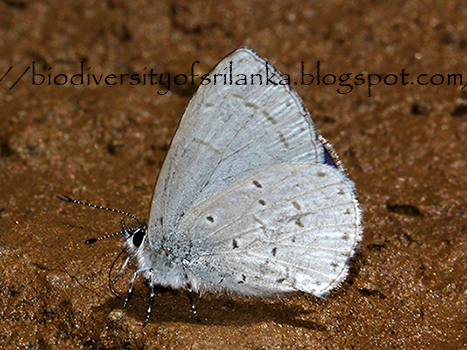 An endemic butterfly common in the forested areas above 1100 m elevations. It is much common in the first four months of the year, especially at the Horton Plains National Park and the vicinity. Both male and female flies in the canopy to feed on nectar of forest flowers. The male also descends to the ground to mudsip and to feed on scats. Its larva feeds on flower buds and seed pods of Smithia blanda. Persicaria chinensis is also identified as a larval food plant of this butterfly. 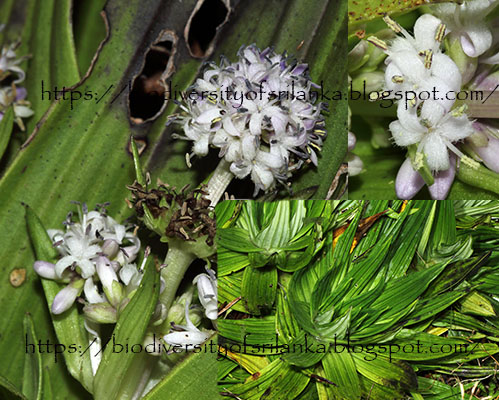 An endemic unbranched shrub or small treelet of the wet zone forests. 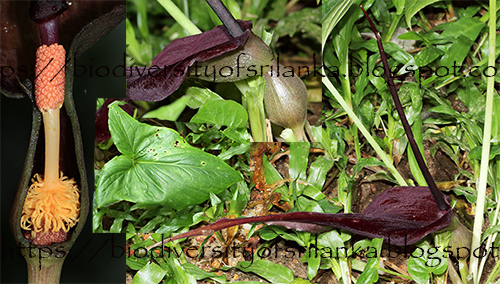 An indigenous herb of wet zone and lower hill country. Rather rare.

Indian Brown Mongoose is a mammal inhabiting forest patches, well wooded home gardens, tea estates, and similar habitats throughout the western third of the island from northwest arid zone to higher hills. It is seldom to be found in heavy forests. However it can be also seen in urban and suburban home gardens, even within the heart of Colombo. It is usually seen as a solitary animal though mating pairs or mother-pups families occasionally encountered. Indian Brown Mongoose is a omnivorous and mainly preys on rodents, frogs, snakes, lizards, spiders, birds their eggs and young, worms, grubs, etc. It also eats berries and even flowers. Depending on the habitat, it is active both during the day and night but usually forages in the early mornings and late afternoons. Indian Brown Mongoose breeds mostly during the first few months of the year. Female Indian Brown Mongoose give birth to  three or four pups in a chamber dug into an anthill or an earthen bank usually by the mother. Three sub species of Indian Brown Mongoose are accepted as H.f. phillipsi from Central Province, H.f. rubidior from the Western Province and H.f. siccatus from the Northern Province mainly base on size and color. 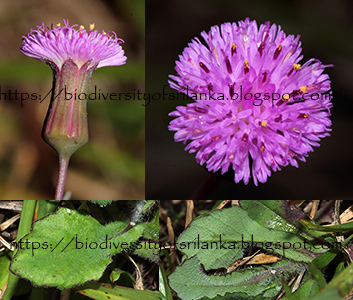 An endemic rather weedy herb  grows at fairly high elevations. 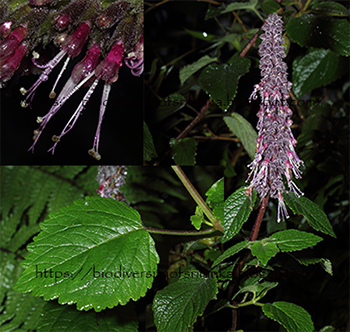 An endemic semi-shrubby herb  in exposed or partly shaded rocky area of submontane and montane zones from 1700 to 2400 m elevations.
Rather common and flowering from October to March. 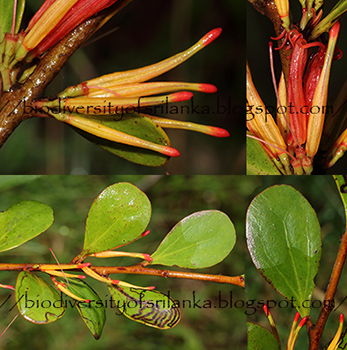 An endemic half-parasitic shrub growing on branches of trees in high montane zone from 1200 to 2100 m elevations.  Flowering from March to June and fruiting from July to September.