A rare breeding resident inhabiting undergrowth of forests and well wooded areas from wet lowlands to higher hills. Scarce and local in riverine forests in the dry zone. It feeds on insects, worms, etc mainly on the ground, skulking in the undergrowth while turning over leaf litter. It lives as pairs or as solitary birds. The breeding season is from March to April and again from August to September. It build a nest - an untidy mass of twigs, moss and grass- placed in a crown of tree fern or fork of a sapling where it lays two eggs. 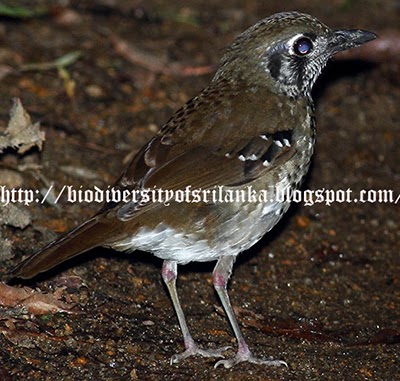 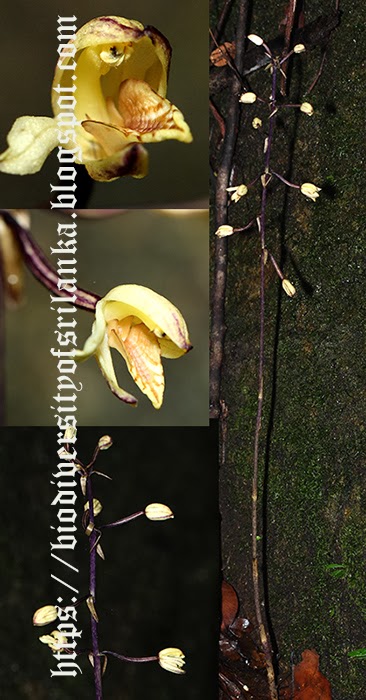 A rare leafless terrestrial saprophytic orchid species with distinguish purple stem. It grows under the shade of trees in the submontane or mid-country tropical wet evergreen forests below 610 m altitude.
Posted by Bushana at 1/29/2014 07:08:00 AM No comments: 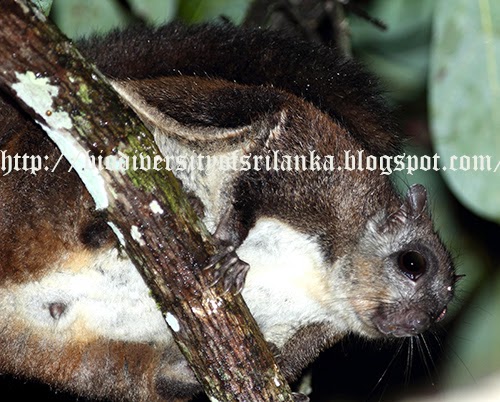 Small flying squirrel or Heen Hambawa (හීන් හම්බාවා) in Sinhalese is one of the rarest nocturnal mammals of heavy forests of the lower foothills to higher altitudes (Yapa A. & Ratnavira G., 2013). As per Phillips W.W.A. its range limited to the hills at medium altitudes with extremely local distribution (Phillips W.W.A., 1981). Further he has given a list of places from where it had been recorded up to then (Table 1). Other than Sri Lanka it is found only in Western Ghats of India and there also it was re-discovered in a coconut grove in Kerala state in 1989 after one hundred years and it was thought to be extinct in India till then (Yapa A. & Ratnavira G., 2013 & Nanayakkara et.al., 2012 quoting Kurup, 1989).  In 2007 Jayasekara et.al. recorded it from Sinharaja forest with a black & White picture captured by a camera trap placed on a fruiting tree to assess fruit consumption by birds and mammals of a tropical rain forest (Jayasekara et.al., 2007).  Most recent observation of it is from Laggala-Illukkubura road of Knuckles range made by Nanayakkara et.al on 26th January 2013. They have observed and photographed a single specimen while it was feeding on tender part of the shoot and leaves of a climber at 2130 hr on a tree 9m above ground level in a well-developed semi-evergreen forest habitat .  They have not observed gliding of the animal (Nanayakkara et.al, 2013). Hitherto only color photographs available of this illusive mammal was from them and it was the first physical examination of this species from Sri Lanka after 78 years.

Habits:
Small flying squirrel is purely nocturnal and arboreal and it spends day time in a hole of a tree trunk or branch of a large tree. It carries its tail curled over its back when stationery and feeding. Not much information available on its breeding and it is said that two young are born in a hole, lined with vegetable fibres, etc. in which their mother lives day hours. 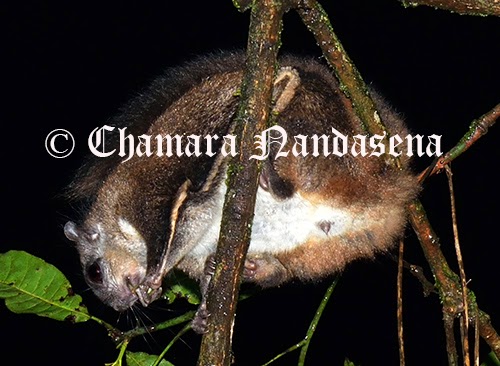 Observation and discussion
On 14th January 2014 we were able to observe and photograph a Small flying squirrel at a place close to the Sinharaja forest reserve (Outside the protected area) from around 11.30 PM to 3.00AM of 15th January 2014 (It was not at the site continuously during the observation period but appeared there time to time). It was observed about 2m above the ground while feeding probably on young shoots and leaves of a mango tree (Mangifera indica). Short distance (less than 3m) gliding also noticed at least once during the observation period.  Most of the time except when moving from one place to another it kept its tail draped over its back. It was not much shy and not paid much attention toward camera flashes and torch lights. According to all available published data this might be the second instance of the physical observation of this rare mammal in recent history with photographic evidences and first instance of observing it in Sinharaja forest reserve area though existing of it there has been already proved with camera traps (Jayasekara et.al., 2007). Most important fact here is that this observation was made not inside the dense forest but small secondary forest area close to Kudawa conservation center office and this observation highlights the  important of conserving not only Sinharaja forest itself but also buffer zone forest areas surrounding the Sinharaja heritage site. 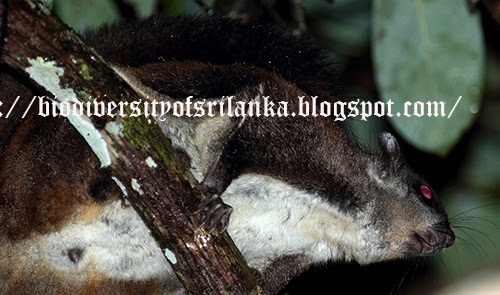 Hump-nosed Lizard is an endemic arboreal lizard found in shaded forests and adjoining well wooded home gardens and plantations from wet lowlands to mid hills (up to about 1600m a.s.l.). It feeds on insects[termites, butterflies, moths], earthworms,  young shoots and buds as well as fruits on both trees and on land. It is a diurnal lizard and during night ascending high up trees to sleep. If cornered it opens its mouth wide to show the bright red color inside, change body color  and also practicing death feigning. 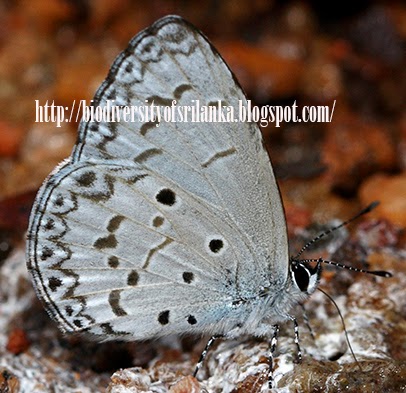 Plain Hedge Blue is a rare butterfly found in up country over 3000ft between February and October (Woodhouse L.G.O., 1950). However above specimen was photographed in the Sinharaja World Heritage Site (~1700ft). No records available on its larval food plant or early stages of the life cycle. 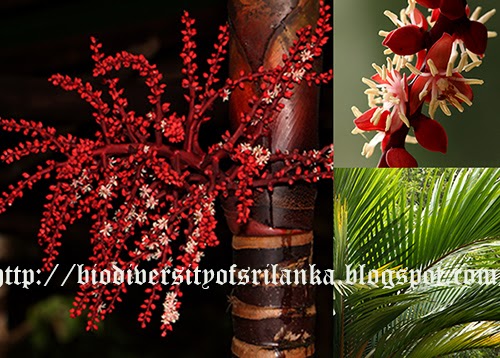 Ran dothalu is a rare endemic palm confine to the  south-western rain forests from lowlands to hills (300 to 1500m a.s.l.). It can be found as small populations on shady rocky outcrops  near streams. Seeds use as a substitute for Betel-nut palm for mastication with betel. This palm recently become  a popular ornamental plant and despite the fact that it is protected under the law, illegal over exploitation widely practices and hence become an endangered plant.

Frogmouth is a rare breeding resident found in dense forests and forests edges in all climatic zones while scarce in hills and comparatively common in the wet zone.  It is a strict nocturnal bird and spends the day perch across a branch with beak pointing upwards and the facial plumes erected forwards looking rather like a broken branch. It feeds mainly on insects like beetles. The breeding takes place from January to March and again from August to September. The nest is a small pad set on a horizontal branch, well camouflaged with lichens and barks which support a single egg which is brooded during the day by the male bird (probably the female broods at night - (Henry G.M., 1998)) 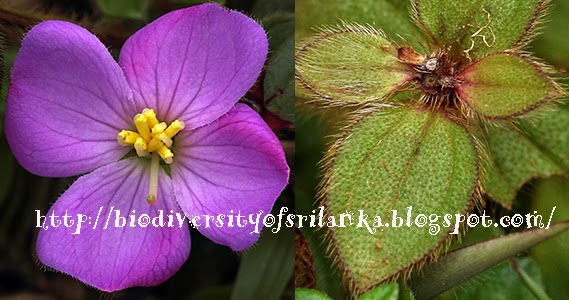 An indigenous prostrate to ascending herb common in grasslands, open areas, among rocks and along roads in montane zone. Flowering throughout the year. 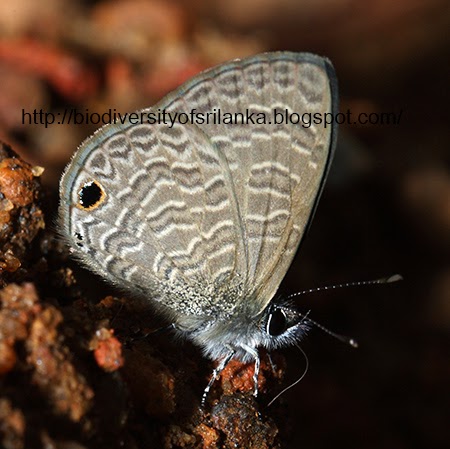 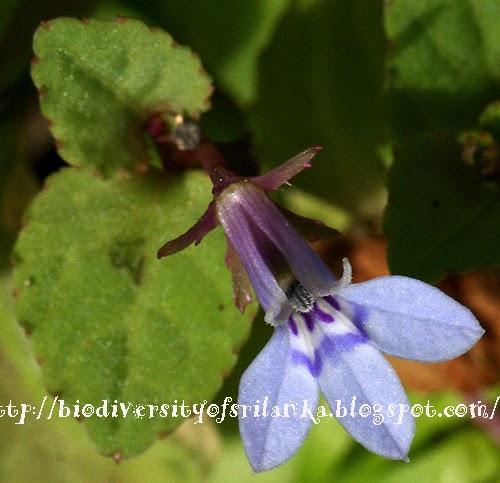 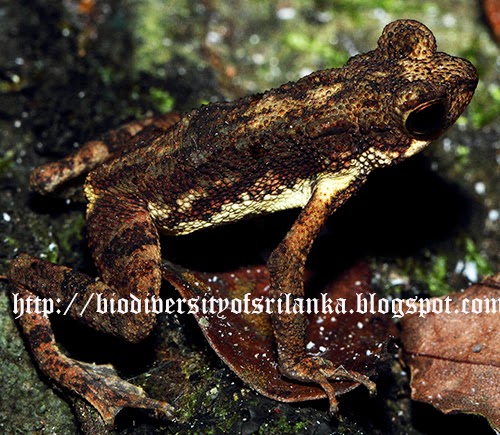 Kelaart's Dwarf Toad is an endemic frog inhabiting wet zone forests and adjoining well wooded areas from lowlands to sub-montane region. It is a terrestrial species though occasionally climbs on trees and walls of the rural houses. Kelaart's Dwarf Frog active mainly during the night and in the day time it hides under rocks, decaying logs and  among leaf litter along stream banks. Sometimes more than one individuals can be seen hiding together in a same rock crevice. 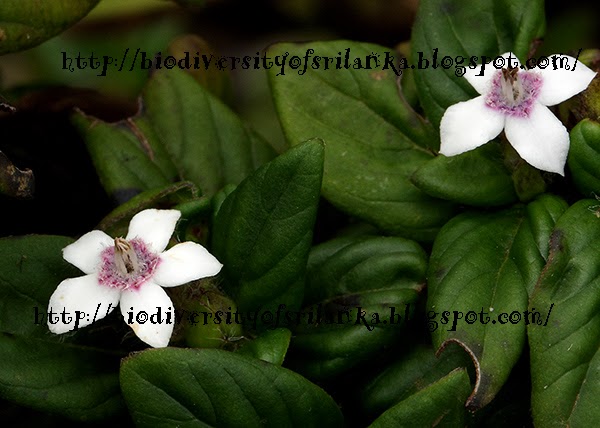 An endemic herb common in forests and open areas of montane zone. Flowering throughout the year. 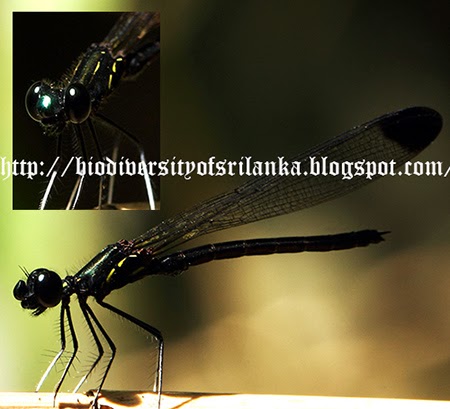 Libellago corbeti (Ebony Gem) is an endemic damselfly first identified in July 2007 from two male specimens seen near Kudawe and later on another two females from same locality in April 2008. It was described as a new species by Nancy van der Poorten in 2009 (van der Poorten, N., 2009). Additional sightings of it from the type locality as well as from several other forests of the south western wet zone were recorded subsequently (van der Poorten, N., 2011). Those additional places are -
1)      Near the start of the Moulawella nature trail, river running down from the Kudawa entry point and near the stream beside research station in the Sinharaja forest reserve.
2)      A stream in the Haycock hill – Hiniduma.
3)      A stream in the Morapitiya forest reserve.
4)      A stream near entrance of Kanneliya forest reserve.
5)      A specimen collected in 1892 by Col. Yerbury from Kottawa (Probably the Kottawa forest reserve of Galle) and now deposited at Natural History Museum London.
Observation
During a field visit to the Katepola, a remote village in Rathnapura district on 25th of  December 2013 we could photograph a male specimen of Libellago corbeti in a stream - a upper tributary of Kalu river -  beside a rubber plantation.  Eventhough the stream running through rubber estates and home gardens, stream itself and banks are well wooded and home to considerable number of fauna and flora including several endemics.  Libellago corbeti both males and females have been observed in that stream since May 2013 (Ishara Harshajith Wijewardhane, Personal communication, December 25, 2013)

Discussion
Hitherto all published records of Libellago corbeti are from dense rain forest streams and this might be the first sighting of it from a disturbed habitat and also from a site with least protection from environmental authorities, unlike all other places mentioned above with considerable protection under the law. This record of it from further north of the type locality and all other additional places indicates that it might be distributed in wider area and also not very rare as previously thought. Currently it is categorized as a critically endangered species (van Der Porten N. & Karen Conniff , 2012)
References
van der Poorten, N., 2009. Libellago corbeti sp. nov. from Sri Lanka (Odonata: Chlorocyphidae). International Journal of Odonatology 12 (2): 223-230, pl. V. 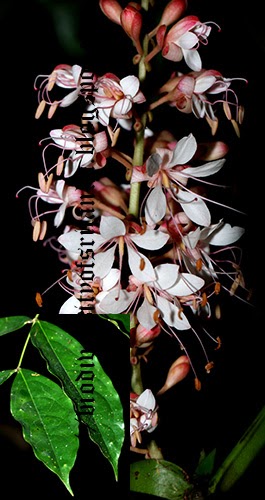 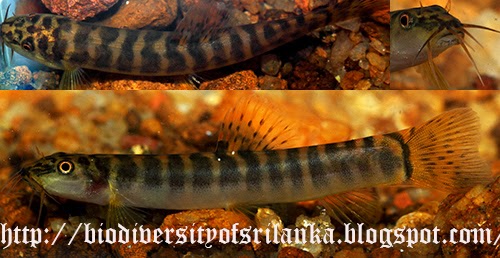 Banded Mountain Loach is an endemic fish found in clear fast flowing shady streams in wet zone up to hills. 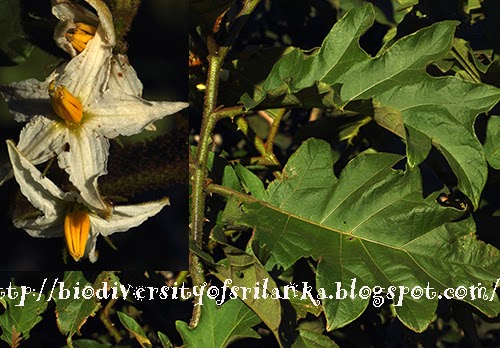 \
Native shrub of Peruvian Andes.  Escape of Hakgala botanical garden in 1926 and now naturalized along roadsides and forest edges in the hill country at about 1500m altitude. Above plant was photographed at Pattipola - Horton plains road.