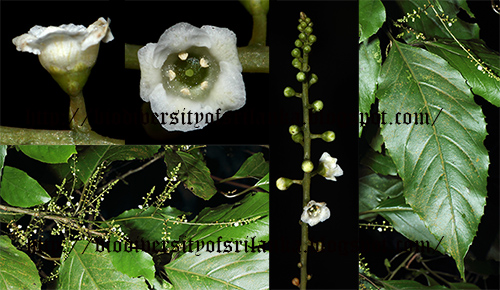 Common native shrub or small tree grows in shady places of moist region, especially in the hills up to about 2000 m elevations. Flowering and fruiting occurs from February to April. Fruits edible. 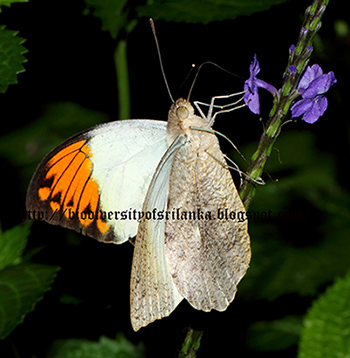 Largest Pieridae butterfly of the island with very fast flight. It often flies very high. Great Orange Tip occurs all over the country close to forest areas and in scrublands but much common in the dry lowlands up to about 100ft a.s.l. Larva feeds on Capparis mooni(රුදන්ති) in the hills and Capparis roxburghii(කලු ඉල්ලන්ගෙඩි), Crateva adansonii(ලුණුවරණ) and Capparis sepiaria(රිලා කටු) in the dry lowlands. Males settle on damp earth to absorb minerals. It is a migratory species and Ormiston mention about a flight of many thousands in November 1912 (“The largest flight I ever saw was in November, 1912. From south of Maho to Ambanpola, on the Northern line, the train passed for nearly half an hour through a swarm of many thousands” (Ormiston W., 1924))
Posted by Bushana at 12/30/2017 09:42:00 AM No comments: 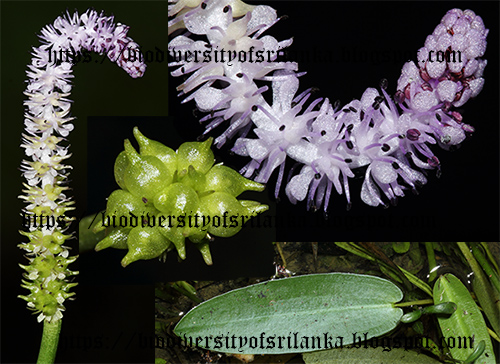 An indigenous aquatic herb  occurs in stagnant, shallow most probably temporary waters, paddy fields, ponds and marshlands from sea level to about 800 m elevations. Flowering throughout the year.
Posted by Bushana at 12/28/2017 06:44:00 AM No comments: 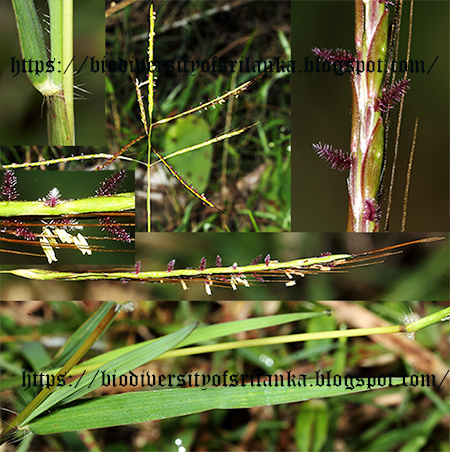 An indigenous tufted perennial common in pastures and grassy borders at low and medium elevations and lower montane zone.
Posted by Bushana at 12/27/2017 06:47:00 AM No comments: 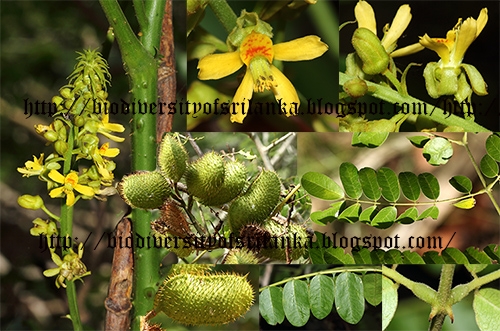 An indigenous climbing or prostrate shrub common mainly in the coastal areas. Tender leaves and seeds medicinal.
Posted by Bushana at 12/26/2017 06:46:00 AM 1 comment: 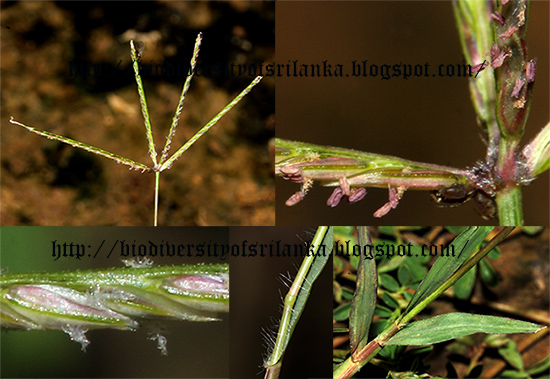 Rather rare native perennial mainly occurs in the dry lowlands. Loosely mat-forming usually in open damp sites.
Posted by Bushana at 12/25/2017 06:39:00 AM No comments: 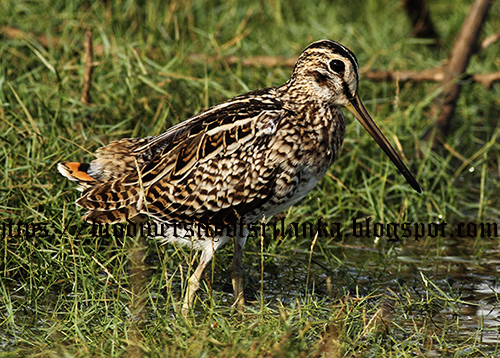 Common winter migrant to the weedy swamps, wet grasslands and paddy fields throughout the island though much common in the lowlands. While its stay in Sri Lanka Pin-tailed snipe is mainly a nocturnal bird. But in undisturbed areas it would often feed until late hours of the morning and again in the afternoon. It feeds mainly on insects and their larvae as well as earthworms, using its long beak, the tip of which is highly sensitive and also can be open widely while the rest of it remains closed. Pin-tailed snipe breeds in eastern Asia.
Posted by Bushana at 12/24/2017 06:23:00 AM No comments: 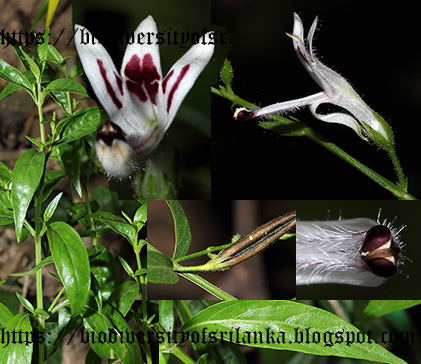 Very rare indigenous herb considered as a Critically Endangered (Possibly Extinct) in the 2012 Red list. However Jayasinghe H.D. has reported it in a home garden at Hammaliya of the Kurunegala district in 2013-14. Pictures posted with this post were observed at a roadside embankment at Dondra (දෙවිනුවර/දෙවුන්දර) of Matara district in mid of December 2017 with flowers. Several plants were seen in the vicinity. As per Dasanayaka M.D. & Clayton W.D. two varieties of this herb occurs in Sri Lanka. Variety paniculata grows in semi-shade in waste places by roadsides in the moist and dry lowlands and moist mid country, while endemic variety glandulosa is found in sub-montane forests. Flowering from January to April. Whole plant medicinal. 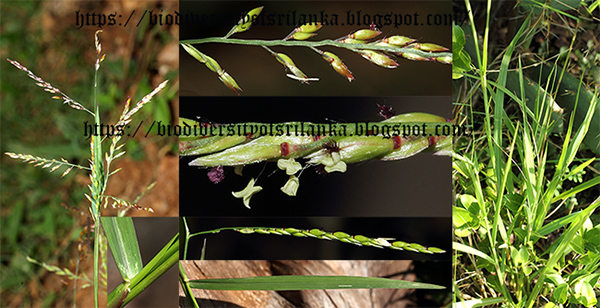 Common native perennial widespread in grasslands, marshes, scrubs, forests, as a weed in cultivation such as coconut plantations and along irrigation canals throughout the island except in the upper montane zone. Often occurs on open, damp or seasonally flooded sites.
Posted by Bushana at 12/22/2017 06:43:00 AM No comments: 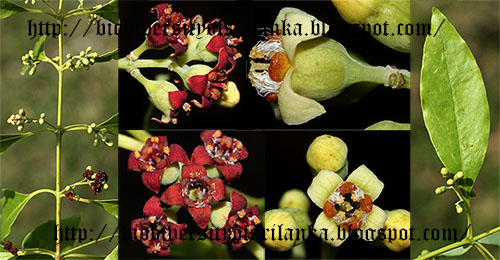 Native tree or shrub of India. Introduced to Sri Lanka and cultivated for its commercially valuable aromatic Sandalwood. Also escaped and naturalized in some areas. Sandalwood oil, which is widely used in traditional medicine is also extracted from the woods of this tree.
Posted by Bushana at 12/21/2017 06:58:00 AM No comments: 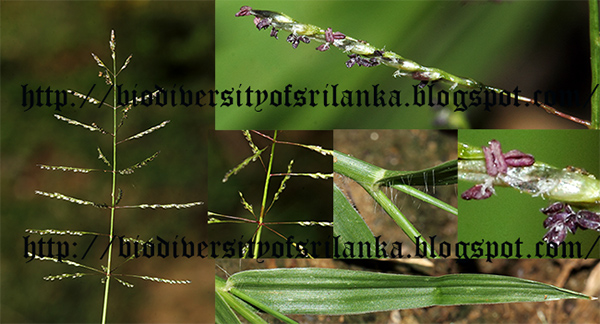 An indigenous erect annual common in open or disturbed sites of the dry and arid lowlands. Also a major component of upper level of 'Damana' grasslands.
Posted by Bushana at 12/20/2017 06:58:00 AM 2 comments: 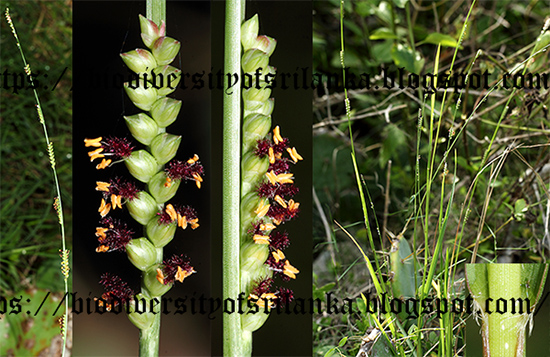 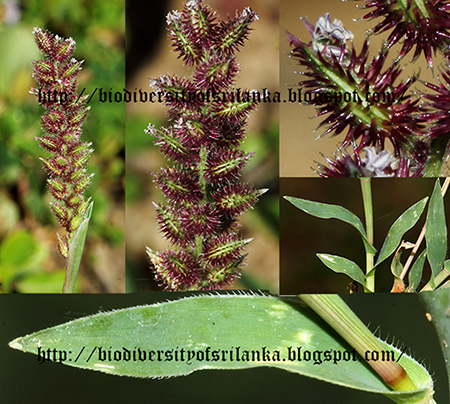 Common native annual or short-lived perennial  occurs in coastal areas of dry and arid zones. Flowering all the year round.
Posted by Bushana at 12/18/2017 07:02:00 AM No comments: 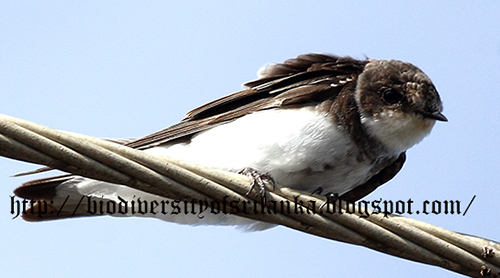 Rare but regular winter migrant to open areas, often near water of the dry lowlands. Mainly observed in the southern coastal areas. Usually seen on telephone wires/power lines together with Barn Swallows. Sand Martin breeds in northern India and North America.
Posted by Bushana at 12/17/2017 06:58:00 AM 1 comment: 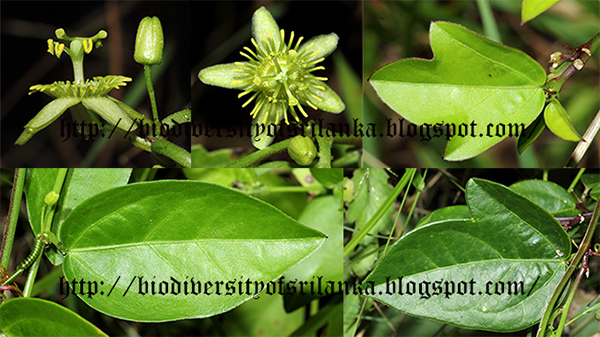 Very common slender climber native to tropical America. Introduced and naturalized in forests and forest margins of all climatic zones up to 2000 m elevations. Flowering and fruiting from June to December.
Posted by Bushana at 12/16/2017 03:08:00 PM No comments: 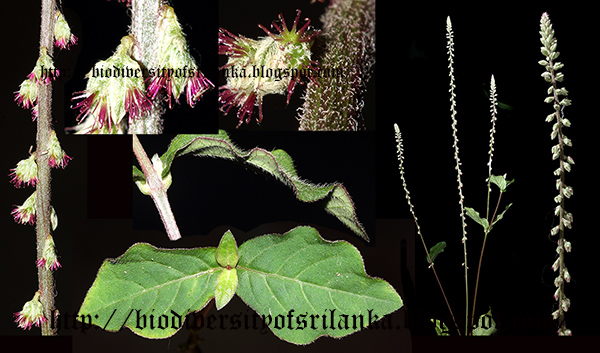