An introduced small shrub naturalized in wet zone. It is native to tropical America. Flowering throughout the year.
Posted by Bushana at 3/31/2014 07:36:00 AM 1 comment: 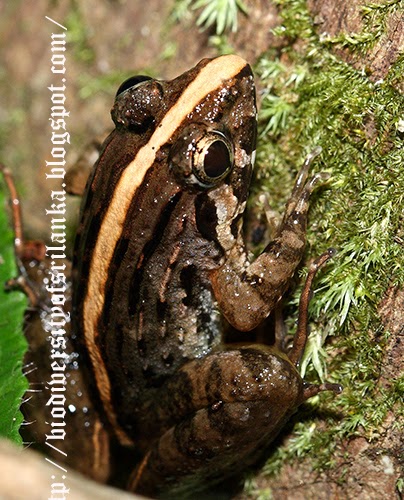 A common endemic frog inhabiting streams in forests and adjoining plantations (Rubber estates), home gardens, marshy areas and such aquatic habitats of the wet zone below 1600m elevation. Sometime found far away from the water. 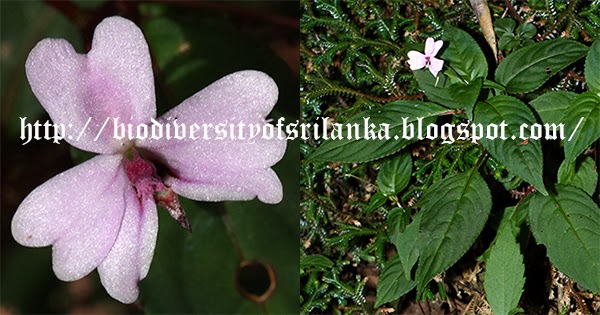 An endemic herb growing among rocks or on banks of streams and rivers in rain forests and thickets in more open places of the hill country(Above 1200m a.s.l). Flowers are variable in size and color and color varies from pink, mauve-pink to white with a dark magenta spot towards the base of each pair of lateral united petals.
Posted by Bushana at 3/27/2014 07:23:00 AM 1 comment: 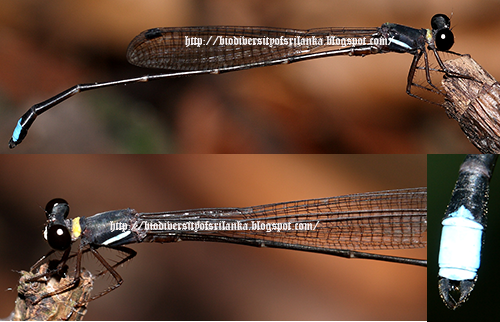 Above specimen was photographed at Meethirigala forest reserve of Gampaha district adding one more locality to already described 22 locations.  It has been observed there in May and June of 2011 and July 2012.

A primitive terrestrial fern endemic to Sri Lanka. It grows by stream banks in fast flowing water with shade in montane and submontane forests. Brownish leaflets of the leaves are reproductive leaflets and green ones are vegetative.
Posted by Bushana at 3/23/2014 07:18:00 AM No comments: 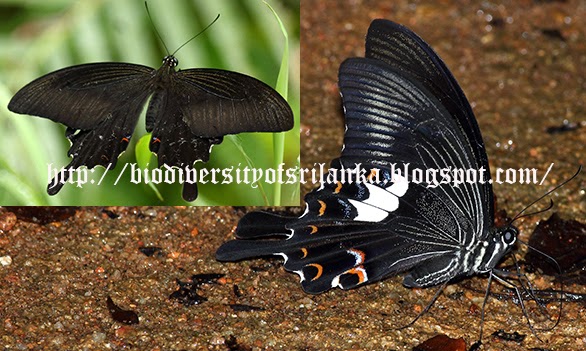 Red Helen is a rare butterfly found in wet zone forests in all the year round. The males are fond of settling on damp earth on the roads and stream beds. When resting with open wings the forwing is drawn back over the yellow color patches of the hind wing as shown in the picture above, probably to avoid unwanted attraction of predators. Larva feeds on Zanthoxylum and Citrus (de'Abrera B., 1998) and Kudumiris[කුඩුමිරිස්] (Toddalia asiatica) (Gamage R., 2013)

A perennial herb with leafy stem cultivated throughout the island and sometime naturalized. Flowering from February to October. Used medicinally.
Posted by Bushana at 3/19/2014 07:28:00 AM No comments:

Common breeding resident of dry lowlands to drier mid hills. Local and uncommon in wet lowlands. Jerdon's Nightjar inhabits scrub lands, chena cultivation and wooded areas. It roosts on the ground during the day time in a well camouflages shady location. Nesting on the ground without a nest, often at the side of a jungle path, from February to May and possibly again from August to September.  It feeds on various flying insects such as beetles, termites etc.
Posted by Bushana at 3/17/2014 07:10:00 AM No comments: 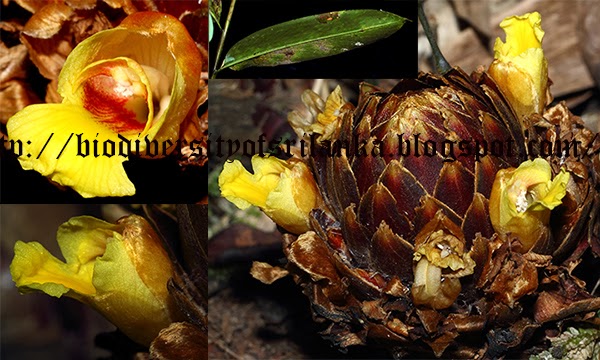 Large endemic herb specimens collected so far only from few places of the Kandy district (Flora of Ceylon Vol 4). It grows in moist forests.
Posted by Bushana at 3/15/2014 07:07:00 AM No comments:

The Trinket snake is a common non-venomous, terrestrial snake widely distributed in lowlands up to about 600m elevation. It can be found both in forests and anthropological habitats mostly closer to water bodies. It is active during morning hours as well as dusk and considered as a diurnal snake though nocturnal habitats have been observed too. When cornered Trinket snake expands its fore body and open mouth displaying its black color. Hence the vernacular name Katakaluwa (One with a black mouth). It feeds on rodents, frogs and lizards.
* One depicting in above photographs is a juvenile albino snake with about 36mm length, encountered in a home garden. Distinct black lines of the neck  region and black streak behind the eye are faint of this specimen unlike it is with normal snakes. It had red eyes as it is always with albino animals. 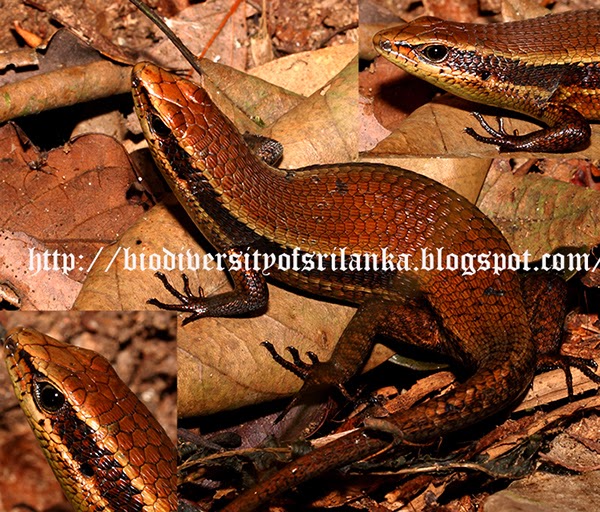 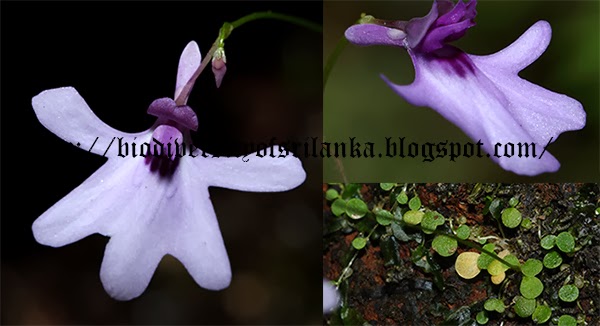 Only endemic member of the bladderwort flower family with local distribution in south-central hills of Sri Lanka (750-2300m a.s.l). It can be found on wet rocks as well as tree trunks. Flowering from July to December. It is a insectivorous tiny herb which lacks true roots to absorb nutrients from the soil. Bladderwort plants have tiny hollow sacks less than 1mm in diameter (bladders) that lie below ground level to capture and digest small protozoans and insect larva.
Posted by Bushana at 3/07/2014 07:00:00 AM 1 comment:

Very common freshwater fish found in streams, rivers, paddy fields and tanks throughout the lowlands up to about 700m altitude.

An endemic herb growing in shady places amongst rocks or pathways usually near streams and rivers of lowland and hill country rain forests (165-  1400m a.s.l. ). Color of the flower varies from yellow, pink, pale violet purple to white. 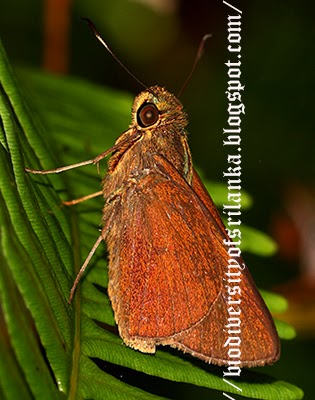 Blank Swift is a rare butterfly found in hill country above 300ft (Woodhouse L.G.O, 1950). Ormiston recorded it from Haldummulla and hills above Rathnapura and Woodhouse from Corbet's gap[most months of the year] and Madugoda [plentiful in March and Apri] (Woodhouse L.G.O, 1950 & Ormiston W., 1924). Above photograph was taken at Sinharaja World Heritage site (~1700ft a.s.l)
Posted by Bushana at 3/01/2014 06:40:00 AM No comments: