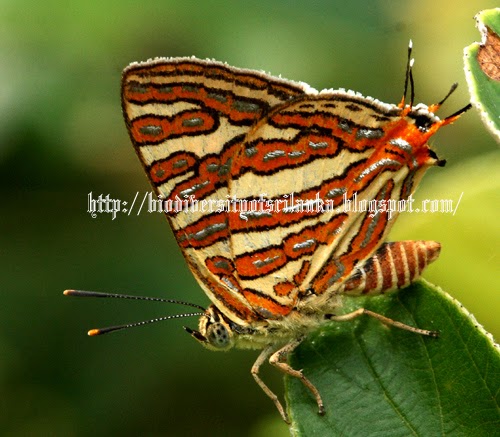 Common butterfly found mainly in low country dry zone. Its larva feeds on ixora clerodendron and various other plants of Sapindaceae and Rutaceae families (de’Abrera B., 1998).
Posted by Bushana at 10/31/2013 07:25:00 AM No comments: 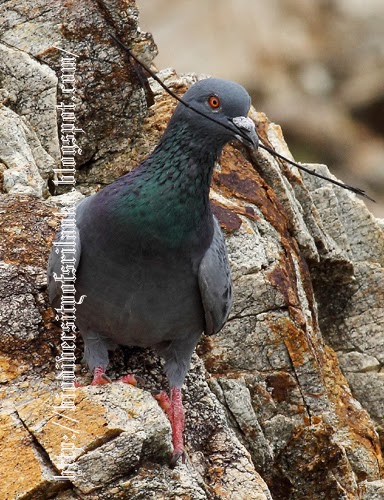 True wild Rock Pigeon is very similar to feral birds with similar plumage with two dark bands on the wings, while other feral birds have varies colors and patterns. Wild birds are very rare and restricted to the some offshore rocky islets from north-east to south. of off Trincomalee has the largest wild population. It is also occurring rarely in inland dams in reservoirs and similar structures in some large tanks in the dry lowlands. It lives as small flocks.  As per Henry off shore birds visiting the mainland daily for foods, where they feed on waste grains and varies seeds and herbs (Henry G.M., 1998). Wild birds normally perch on rocks cliffs and the like and not on trees.  The breeding season appears to be from February to June and nesting colonially on rock cliffs of the islets. The nest is a pad of sticks and grasses placed on rocks or on a ledge. Domestic birds common in towns and villages breed throughout the year. 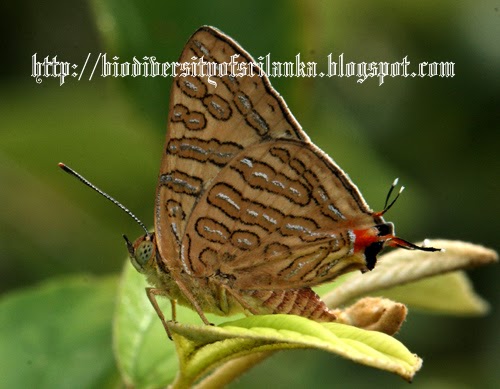 Sand Lizard is a ground dwelling reptile inhabiting sand dunes and open scrublands in the coastal areas around the island. But it is much common in arid North, Northwestern and southern parts. It feeds mainly on insects such as ants, termites, beetles etc.  It is capable of running on its hind legs with considerable speed with its tail raised. Sand Lizard active mainly during early hours of the day and again in the evening. During heated hours of it is less active and stay in shady areas or in natural burrows.

Note: Sitana species inhabiting dry coastal areas of the southeastern Sri Lanka is now considered as a separate endemic species identified as Sitana bahiri while its northern congener Sitana devakai confine to the drier coastal areas of north and northwestern parts of the island.Therefor this individual lizard photographed at Bundala Nationa Park can be considered as a Sitana bahiri.

Bahir's Fan-Throated Lizard is highly territorial lizard and before combat and prior to mating, male extend and stretch it's throat-fans very quickly. Also swivel its head and open its dark blue color mouth in a threat pose to its male opponents. It feeds on insects such as dragonflies, caterpillars and butterflies as well as tiny crabs. 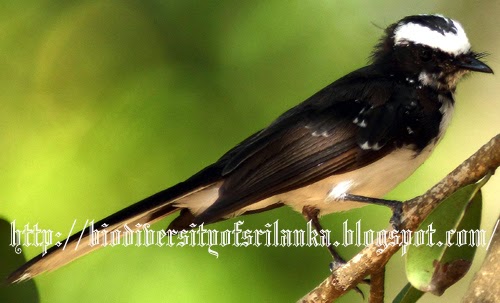 Common breeding resident of dry lowlands while locally common in some wet zone areas up to mid hills. White-browed Fantail is a very active bird with restless dancing movements with fanned tail. It can be found in forests, open wooded areas and home  gardens, usually as solitary birds or in pairs. It feeds on flying insects taking on the wing as all other 'flycatchers'. The breeding season lasts from January to August. Its nest is an open cup made out of fibers  rootlets, etc., plastered with cobwebs and placed on a branch. Nest is often not concealed where it lays 2-3 eggs.

An introduced small shrub, cultivated as a garden plant in hill country. Native to Southeast Asia 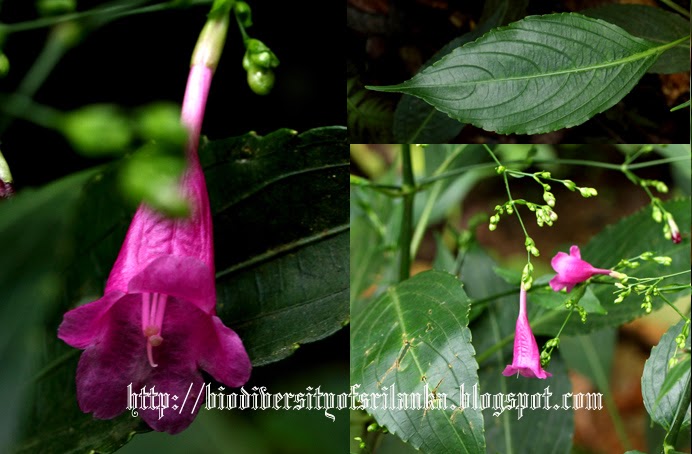 Native herb of Mexico to Brazil. Introduced and cultivated in home gardens, since it is a drought resistant plant with flowers throughout the year.

Black Prince is a locally common butterfly found in the forests from foothills to higher hills (From 500m-1200m altitude) while scarce in higher hills and lowlands. Its host plant is Gurenda (Celtis timorensis). The Black prince displays remarkable sexual dimorphism of male mostly black and female light brown. Also flight of male is swift and female’s is fluttery and weak.

Wandering wisp is one of the smallest damselflies in Sri Lanka. It is very common in paddy fields, marshes, tanks and streams of both wet and dry zone of the country. 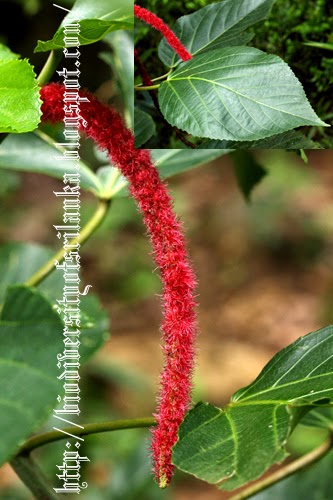 An introduced plant native to New Guinea. cultivated as an ornamental plant in home gardens.
Posted by Bushana at 10/04/2013 08:21:00 AM No comments: 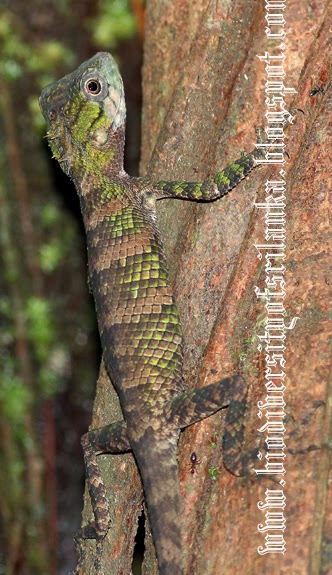 An endemic lizard distributed in South-Western wet lowlands, sub-montane areas and few isolated places of dry lowlands (Such as Nilgala,Ritigala, Monaragala, Yala etc.). It is highly arboreal species and inhabits shaded areas of forests, well wooded home gardens and plantations. Whistling lizard has an unusual habit of uttering a high pitched whistling sound when alarmed. Hence its vernacular name.  It feeds mainly on insects.
Posted by Bushana at 10/02/2013 10:41:00 PM 1 comment:

Type specimen of Lesser Loach was taken from the hot springs at the Kinniya. Hence the name thermalis. However it is common in most part of the lowlands up to about 600m altitude. It can be found in sandy slow flowing streams and usually the last survive in the fast drying mud puddles in dry zone streams during the dry season. It is a vegetarian though it is believed that it also feeds on mosquito larva (Deraniyagala P.E.P, 1952).
Posted by Bushana at 10/01/2013 07:06:00 AM No comments: